For a whole 3 days, Team Huw (my team) was the only Clipper boat in the fleet without a sponsor. Sponsorless. Lonely/too cool for a sponsor. All by ourselves.

Team Max had been announced (PSP logistics). Team Olivier had been announced (LMax). Where was our sponsor? Speculation suggested we could be Henri Lloyd (free gear? Yes please!). I was up for us clubbing together and sponsoring our boat CV23 ourselves.

Luckily, CV23 will not have to have Team Huw faces emblazoned on it as yesterday, it was announced Team Huw = Visit Seattle!  As my part of the race starts from Seattle I’m pretty excited about this. 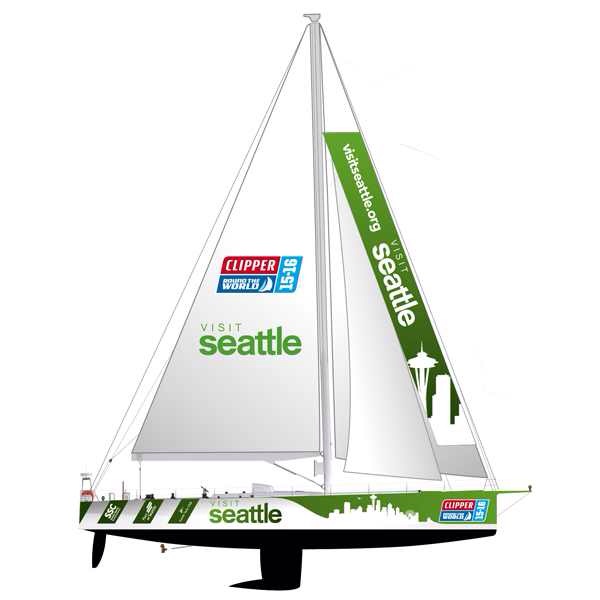 We’ll be sailing in green around the world as it’s the “Emerald City”. I sense a Wizard of Oz theme could come into it somewhere.

The details are now all in place: I’ll be sailing 12,000 miles from Seattle to London via Panama, New York, Northern Ireland & the Netherlands on Visit Seattle.

Our boat will be in St Katherine’s dock to see from 22nd august, hopefully in all it’s shiny green glory. It’s now just 18 days until the race begins before the long 8 month wait.